New challenge of the week: Change your profile photo by one of you with that healthy summer sun tan 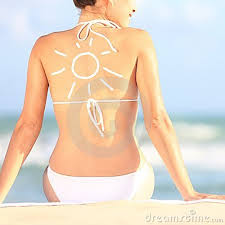 Challenge of the week: change your profile photo by one of you with that healthy summer sun tan :) Perfect. I already saw a lot of changes in Linkedin profile photos. Congratulations
Publicada por Vitor Pissarro à(s) 04:00 Sem comentários:

Portugal on the top 20 , on the best reputation of the world

Portugal and Spain : "Owners" of the New World AGAIN ! 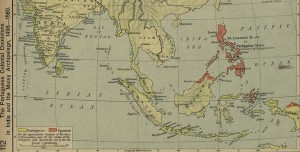 Both Spain and Portugal have rich histories of discovering new lands and a new joint venture between the two counties will highlight these discoveries. The “European Route of Discoveries” is a project that shows the history of navigation and discovery that is shared by both countries,
During the 15th and 16th centuries, both Portugal and Spain were responsible for exploring many parts of the world. The countries led expeditions to places that had never been seen by Europeans, which led to the Age of Discovery that we know today. The idea behind this partnership is that visitors can explore the history of these expeditions and even follow along the routes taken by these explorers.
The initial expedition that left Portugal headed for the African coast. This was the first of many expeditions into the unknown, which is why it is highlighted by this project. Likewise, Spain is well known for its discoveries as well, with many popular starting points being found up and down the Spanish coast. The goal of the governments of both countries is to show these historical locations and make them available to people for decades to come.
The ports where these famous expeditions left from is a large part of this cooperation, as there are museums and tourist activities set up in these locations. The two countries being able to work together and coordinate these museums and activities is important for visitors who travel up and down the coast on this route. This is of particular importance for people who travel the European coast by boat, as they can stop at these historic locations along the way.
You can even find replica boats in some of these ports. These replicas look just like the boats that were used during this time period, which adds to the atmosphere when you explore Spanish and Portuguese history. While it is impossible to go back in time and experience what the explorers did, this is the next best thing because it recreates as much of the atmosphere at possible.
The European Discoveries Route is being financed by both the Portuguese and Spanish governments. The two governments are coming up with 75 percent of the money needed to get this project off the ground. This is important because it recognizes the joint history of the two countries and shows that they are willing to work together to bring tourists into the region.
The project also has cooperation from the tourism departments of both Seville and Algarve, in addition to the towns of Lagos, Vila do Bispo, and Cadiz and Huelva. With so many different cities and organizations working hard on this project, it should successfully tell the story of discoveries by these two countries over the years.
Although the project will not be completed until 2013, certain aspects have already been set up and are available to see. Visitors can visit by boat or by land, as the museums are constructed in the ports of the famous departure points in both countries.
http://www.portugalproperty.com - Portugal real estate agency - If you love Portugal you will love Portugal Property. Contact the team via email at: info@portugalproperty.com or call free now on +44 (0) 800 014 8201

Women's World Tour of Surf, in Cascais this weekend

PRAIA DE CARCAVELOS, Cascais – Portugal (Monday, September 17, 2012) – The ASP Europe 6-Star EDP Surf Pro Estoril 2012 presented by Billabong starts on Friday, September 21 at the iconic Praia de Carcavelos in Cascais, Portugal. Event number three of four European 6-Star Women, the EDP Surf Pro Estoril comes as a crucial second-to-last chance for hopeful qualifiers for the 2013 ASP Women’s World Championship Tour. Following the recent Galician event that shook up the World Rankings, Estoril offers a new opportunity to some of the World’s Best women competitors to battle it out for important points and a share of the $40,000 prize-purse on the line. Moving its waiting period to the end of September, the EDP Surf Pro Estoril promisses another great three days of action in Portugal.
“The Estoril event this year is looking like it’s going to be one of the all-time best events, with the organizers deciding to move from June back to September in the hope of getting better swell for the event.” Rob Gunning, ASP Europe’s Tour Manager stated. “The setup in Carcavelos is looking to be really good and the girls will be treated excellently, hopefully the waves will come to play their part!”
With the early autumn season bringing regular groundswells along the shores of mainland Europe, chances are that once again the girls step up their game and deliver the best performances they are capable of. In the idyllic backdrop of Praia de Carcavelos, sixty competitors including six WCT competitors and several tour hopefuls for next year are awaiting this already classic Portuguese stop on the European schedule.
“Carcavelos is an excellent beachbreak,” Gunning said. “When it’s on it is a world class wave for sure. The girls surfed there a few years ago in pumping surf with lots of barrels, it’s definitely a quality wave for the girls in the race for qualification and will test them to the max ! It’s a hollow peak, and if the winds are right and the swell has the good direction we’re all set for a spectacular show !”
European women surfers will once again have the opportunity to surf against the most talented riders from all-over the world. Rocksisters, organizing company of sisters Joana and Rita Rocha, has always shown a strong desire to push the Portuguese athletes and develop the women surfing community with an objective to see their first ever Portuguese qualifier on the WCT in the coming years. Joana Rocha, Francisca Santos, Carina Duarte, Maria Abecasis, Keshia Eyre and Camilla Kemp will represent the host country. But it will be the French in Estoril who will have the most to gain when the EDP Surf Pro Estoril starts on Friday.
“At the moment we have two Europeans in the Top 6 qualifiers for next year’s World Championship Tour and this leg of events, which Estoril is second of three, will be crucial for these girls to solidify their position. Alizé Arnaud is fresh off a great result, a second place in Pantin along with Pauline who finished in the quarters, so hopefully they can get one step closer to the 2013 WCT.”
The ASP 6-Star EDP Surf Pro Estoril presented by Billabong will run from September 21-23 at Praia de Carcavelow, Cascais – Portugal. For all results, photos, video highlights, press releases and LIVE webcast, log on to estoril.aspeurope.com.
For additional ASP information log on to www.aspeurope.com
The EDP Surf Pro Estoril 2012 presented by Billabong is made possible with the support of the following event sponsors: Tourism of Portugal, Estoril, Cascais City Hall, EDP, Billabong and Kia Motors; supported by MEO, CP, Ericeira Surf Shop, Paez, Santini, Vimeiro Waters, XCult, Sintra Gardens, CRCQL, Surf Academy and Surfsolutions; with the following media partners: Sic Radical, Mega Hits, Metro newspaper, Lux Woman, Sport Life, Up Magazine, That’s It, Surftotal, ONFIRE, Puro Feeling, Análise Global and Association of Surfing Professionals (ASP) Europe.
Publicada por Vitor Pissarro à(s) 06:56 2 comentários: 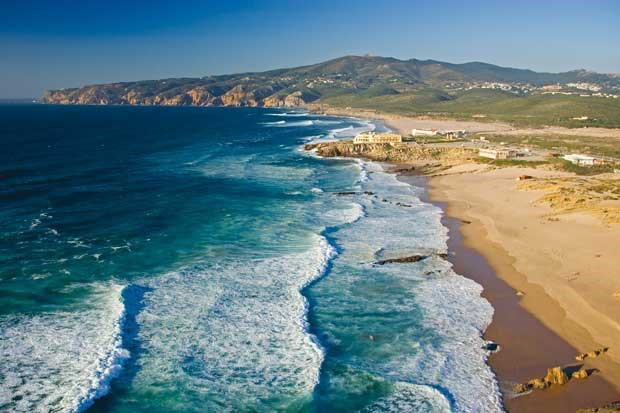 Learn how to surf at Guincho beach

This weekend is was lovely at Guincho beach. No wind and the temperature of the water was perfect.
We could see a lot of surf schools. It was very colourful to see the young ( and old) surfers in the waves.
And after all this, to eat a marvelous Bola de Berlim.
Publicada por Vitor Pissarro à(s) 03:52 Sem comentários:

If you like the 80's, come to the Remember Cascais Concert. This weekend

How romantic it is Estoril, in early XX century! 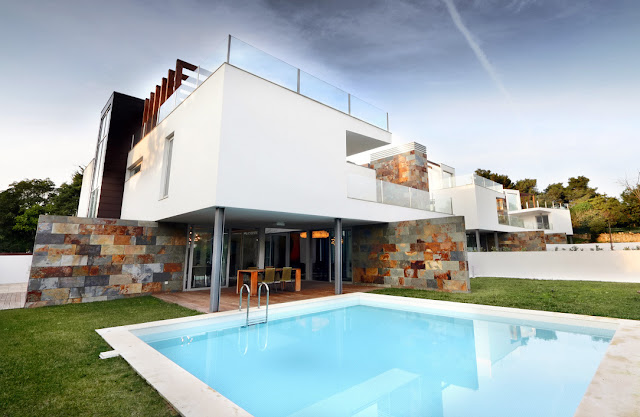