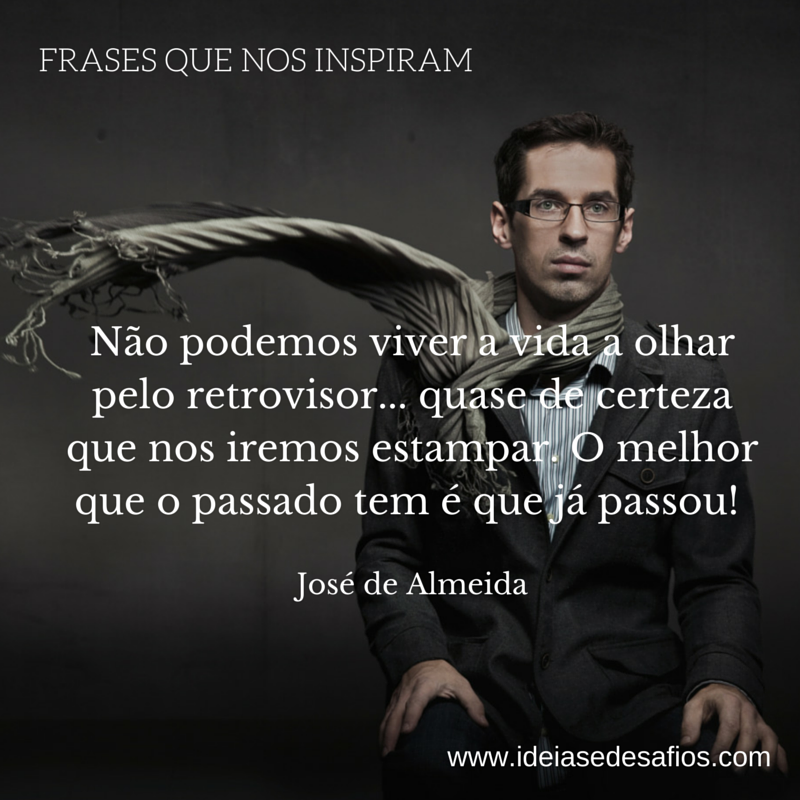 We try to visit the Lisbon area at least once a year, often staying somewhere along the coast and we always have a great time. Last weekend, we had a short wander around the town of Cascais where we stayed at the Farol Boutique Hotel. We took a few photos as we went. The town is full of beautiful architecture, places of historical significance, coastal beauty and pretty streets. I’d definitely recommend it as a place to visit if you’re ever in or around the Lisbon area. Here is a brief glimpse into Cascais… 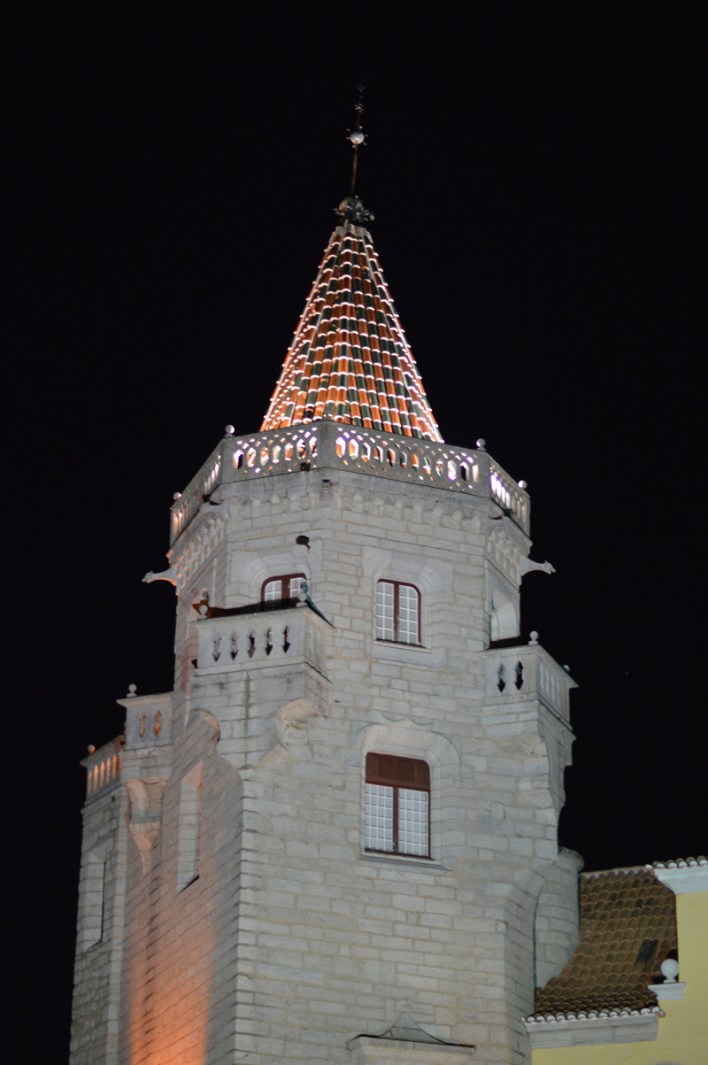 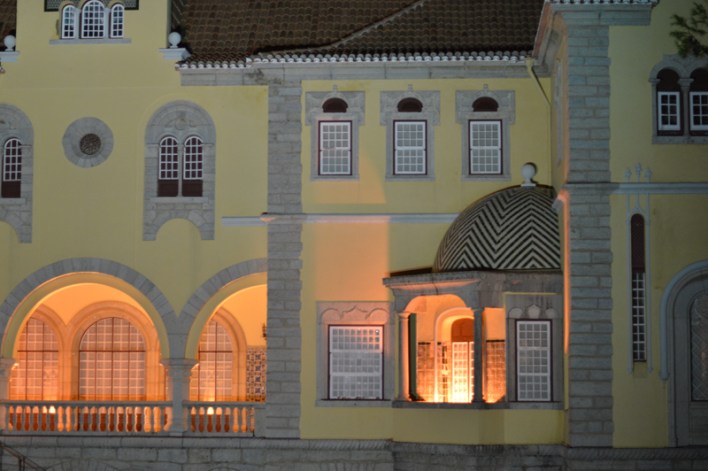 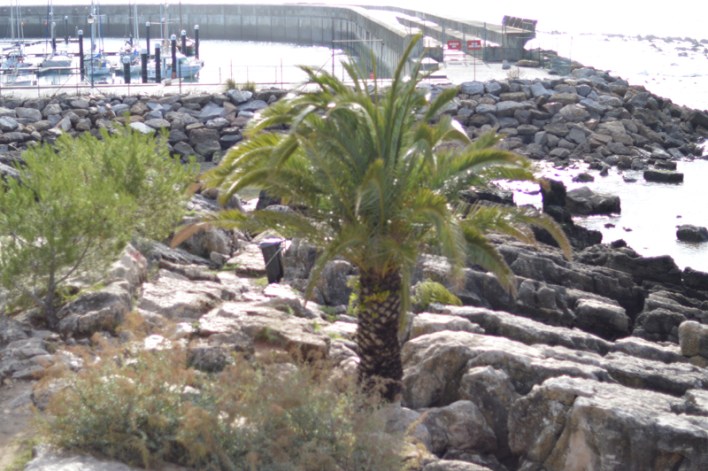 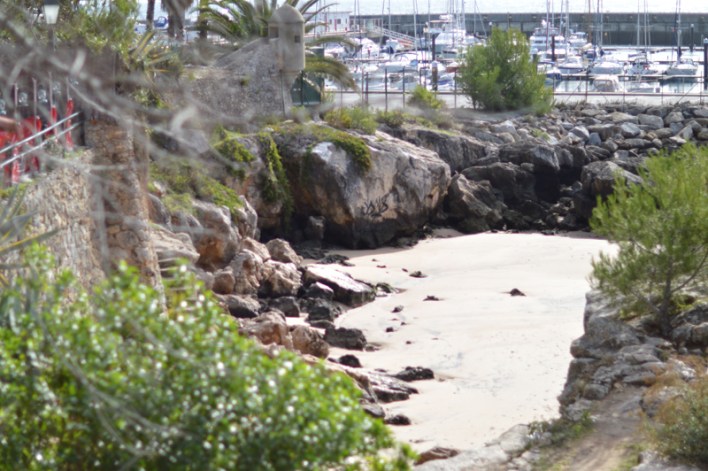 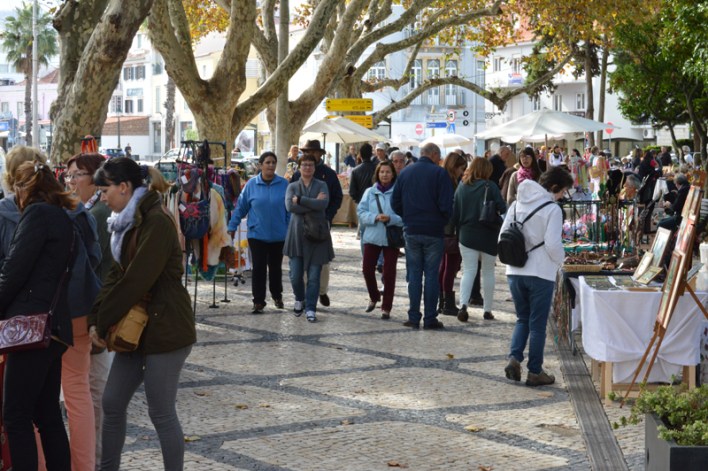 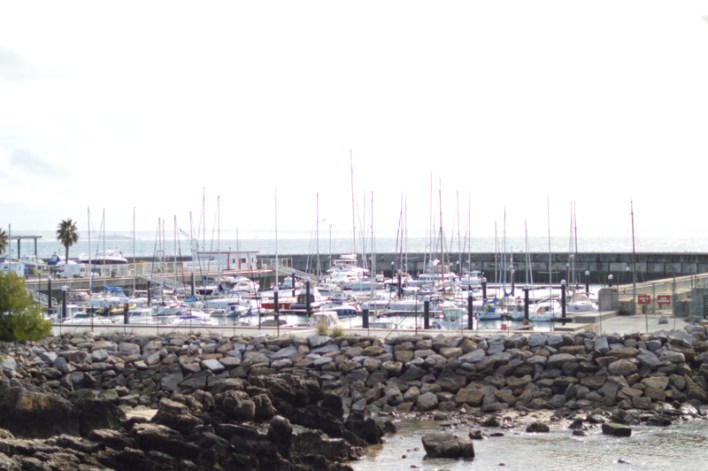 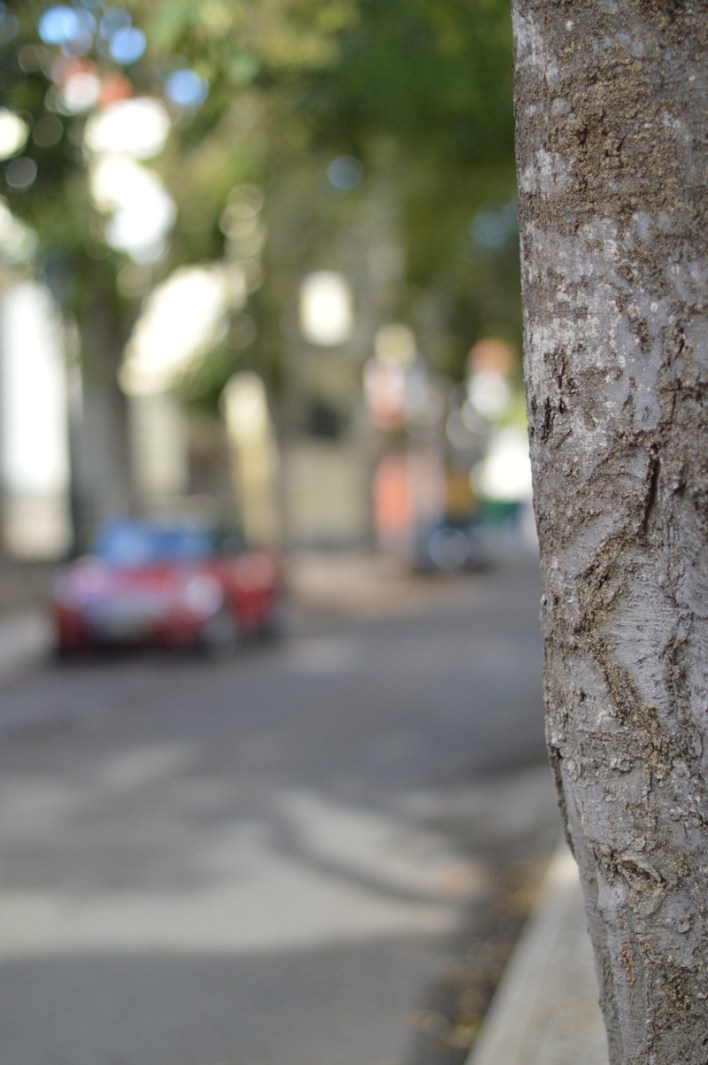 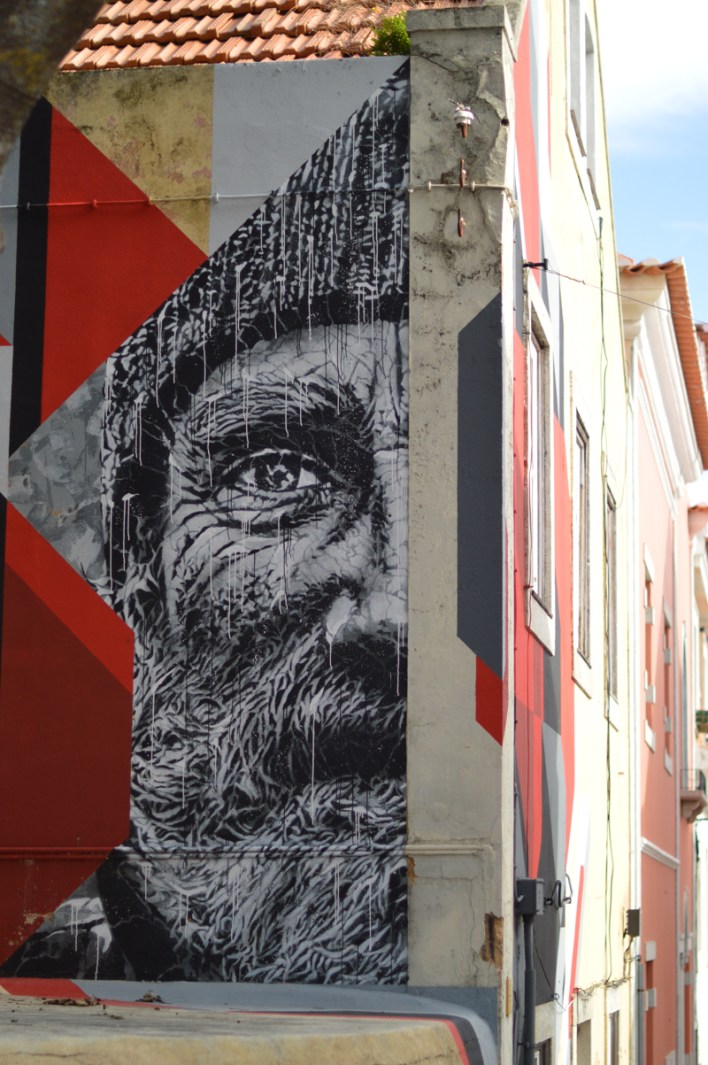 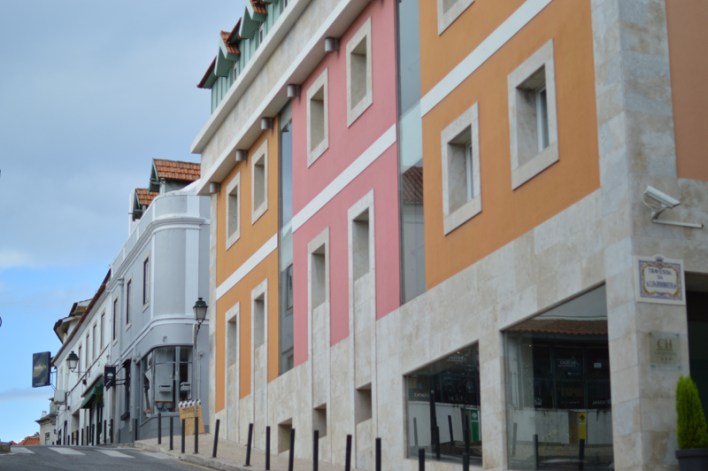 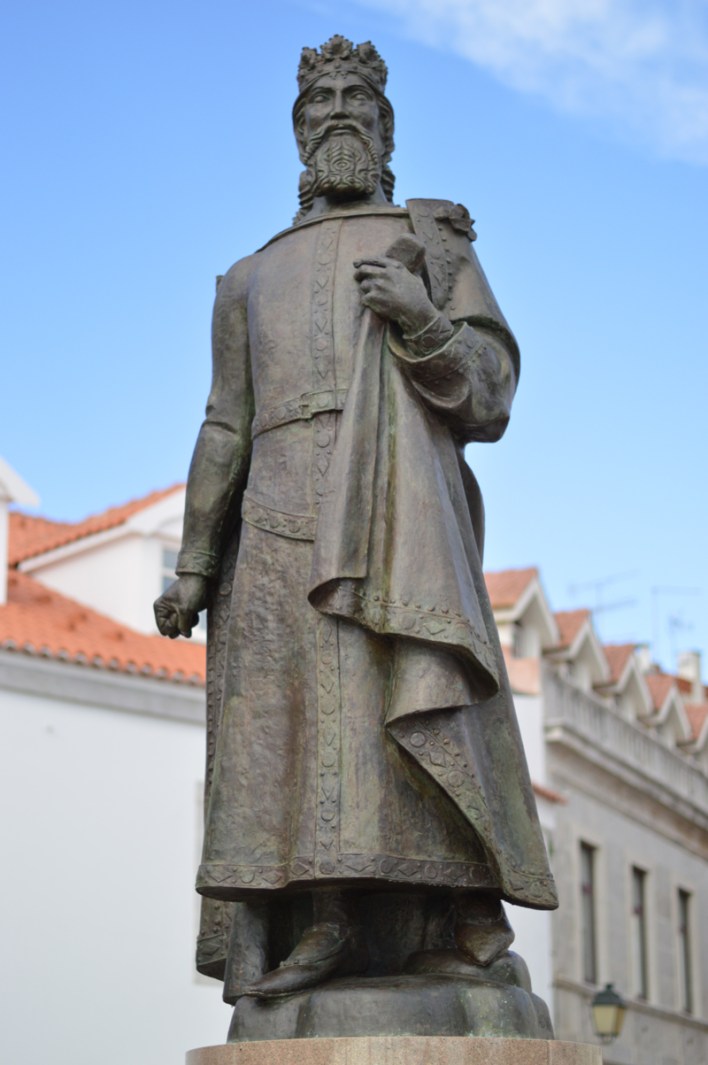 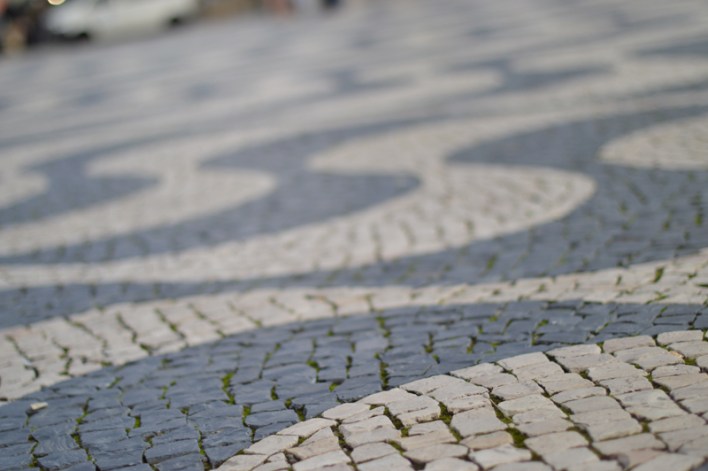 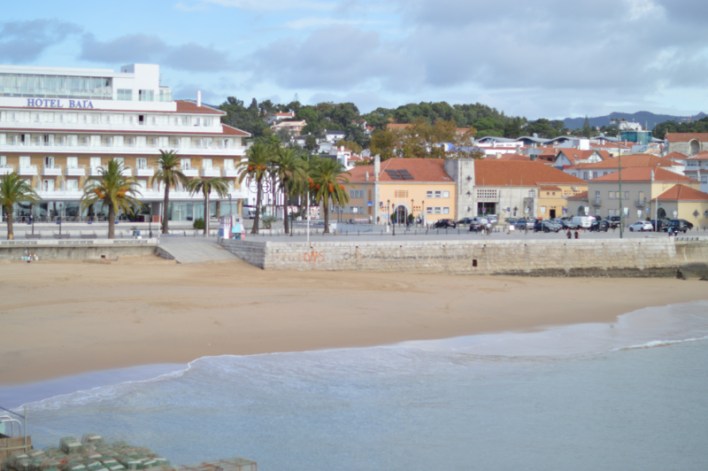 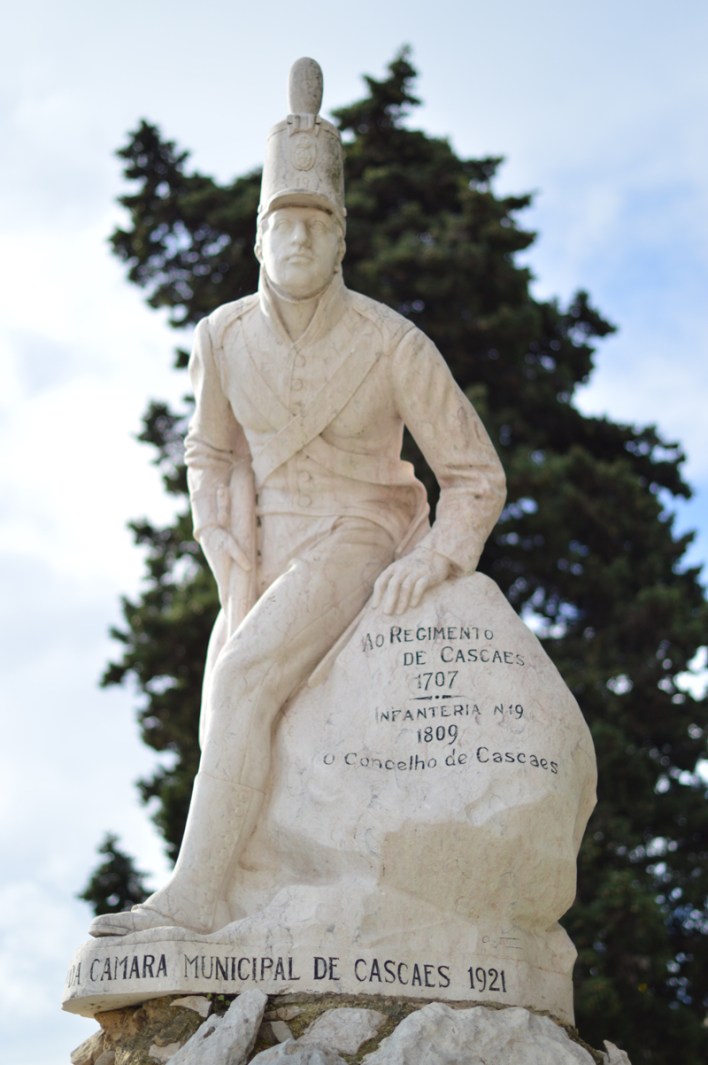 There are many fabulous hotels to choose from in the area as well as countless restaurants to eat local, and not so local, food. It’s a really pretty tourist spot – perfect in season or out. I actually prefer it out of season because I’m not so great with hoards of people!
The beginning of November was perfect – even though we had some rain, it was still quite warm and there were even people swimming in the pool at our hotel, as well as loads of surfers riding the waves nearby.
Shopping is fabulous in this area – not only are there some really cute little boutiques scattered throughout the town, there are also some big shopping malls not too far away… which is where I can usually be found

The train station is within easy walking distance of the town centre where you can hop onto a train and travel into Lisbon itself. It’s the perfect getaway! Autumn in Cascais. Tea time at Piccadilly in Estoril

Estoril: The ‘Rivera’ of the Portuguese Coast

Cascais Beach
Following three glorious days in Lisbon, I traveled 30 minutes west to the Estoril Coast — for the very first time. Surprising, considering its proximity to one of my favorite capital cities in Europe.
Despite its diminutive size, Portugal has always offered plenty to see and do; wine tasting in Alentejo and Douro, culture and gastronomy in Lisbon, port wine in Porto, beach culture and golf in the Algarve and dozens of tiny towns in between, each with their own distinct regional charm. Save for a brief day trip to neighboring Casçais and castle-strewn Sintra, I knew very little about this part of the country. Armed with a camera, smartphone, local contacts and a healthy amount of time, I was determined to change that.
On the way to my lodgings for the next three days, I observed the contradicting scenery; edifices and houses adorned with traditional, poetically- weathered, azulejo tiles shared the landscape with slick, modern condos, beachfront hotels and office buildings. The water, an inviting shade of sparkling blue, was the backdrop for leisure activities all along the Estoril promenade (extending all the way from Lisbon).
At first glance, Estoril looked unremarkable in comparison to other European coastal towns; lovely yes, but with no distinctive features to entice travelers into choosing it over its more glamourous counterparts in Italy, Spain and France. I soon discovered, however, that there is one true commodity that makes a destination stand out, the one ingredient that makes a holiday memorable years after your visit: its people.
Through the eyes of the locals, I learned about a place of great natural beauty, about past perilous, political intrigue to rival the most convoluted thriller novel and about the formidable Portuguese philosophy of peaceful –optimistic even—acceptance of economic and social strife.
I was mesmerized.

A Land of Kings, Queens and Spies

The Estoril coast is approximately 30 minutes (25 km) from Lisbon and extends west fromCarcavelos to Guincho beach. Casçais, arguably the most beautiful village along the coast, first rose to fame in 1870 when King Luis I decided to turn the local citadel into his family’s royal summer residence. Dignitaries and jet-setters soon followed suit and, by the end of the century, the once quiet fishing village had become a playground for the rich and powerful.
The old town center, Largo de Camões (an homage to Portugal’s most celebrated poet), offered the perfect starting point from which to tour Casçais. The area is full of shops, restaurants and bars. The stores, often painted in cheerful pastel shades, offered local souvenirs such as cork items and ornately painted tiles. I spent hours lazily taking in the shop windows and observing the beach culture all around me.
I was staying at the citadel (now a luxury hotel) and though it featured a grand entrance, a hauntingly, white façade, and cobblestoned grounds it was minimalist (with the exception of the old wing) and quite modern inside. Still, I enjoyed a tour of the premises and the adjacent art galleries and commune. As is often the case in resort areas, everywhere I turned people seemed relaxed and friendly. Everyone I spoke to had an entertaining story to tell about the edifice that was once also a fortification and a military base.
It was at this early point of my visit that a pattern began to emerge; the Portuguese enjoyed talking about their history – the good and the bad – with an honesty and sense of national pride that was more than refreshing. Case in point, during a conversation, I let it be known that I had just been in Lisbon. “Ah, Lisbon is wonderful” said a Portuguese visitor from Porto (second largest city in Portugal), “did you visit x? It is the most beautiful place!” Being used to city rivalries with varying degrees of acrimony I asked, “Didn’t you say you were from Porto?” To which she replied, “Yes, but above all, I am Portuguese and x really is incredible!”
Back in the early 20th century, progress extended to neighboring Estoril with the development of luxury properties and an upscale casino; Portugal’s neutrality throughout WWII allowed exiled royals to enjoy the coast freely. Ian Fleming, creator of the fictional spy icon, James Bond, is said to have spent many months here during his stint as a naval intelligence officer in the 1940’s and later as a writer. In fact the classic Bond film, On Her Majesty’s Secret Service was, in part, filmed in Estoril.
I took the 20-min walk across the bay from Casçais to find out if I could get a sense of the glitz and glamour that once was.
What I got was much more than I bargained for.

José Diogo with the 007 martinis, Estoril
I had planned a visit to the Casino Estoril – the largest in Europe– for a little slot machine action, but running late for my dinner reservation at the Palacio Estoril hotel, I decided to meet my companion and go afterwards instead. Though renovated several times since its opening in the 1930’s, the hotel still maintained its vintage, world-class charm. The elegant silver-haired doorman, dressed impeccably in coat and tails, greeted us warmly upon entering. While we waited to be seated, I chatted with the concierge and manager who proceeded to show us the suite where the King of Spain, among other distinguished figures, had slept. Next, they escorted us to the very lobby bar that Ian Fleming frequented during the war. We sipped ‘007’ martinis while being regaled with stories of the past.
At one point, José Diogo, the concierge, briefly excused himself and came back holding some old newspaper clippings. One was a still shot from the famous Bond movie featuring the actor playing Bond (George Lazenby) and a fresh-faced bellboy with a familiar grin delivering a message. It was José Diogo, who, now in his 60’s, still recalls the adventure as if it was yesterday. The dapper doorman had also been there for decades. In fact, so had the maitre d‘, the piano player and the sommelier. Suddenly, a cozy dinner in Estoril, turned into a fascinating trip to a more glamourous time. We stayed much later than anticipated and missed out on visiting the casino, but I had no regrets, the experience was priceless.
Sintra, although located in the hills to the north of the Estoril Coast, forms an important part of the inviting and alluring landscape. The stunning mountains and Sintra-Casçais Nature Park provide a majestic backdrop for the impressive number of royal residences, retreats and palaces strewn about. Notable structures include the whimsical Pena National Palace, the Moorish Castelo dos Mouros, the Quinta da Regaleira estate and the Sintra National Palace – all spectacular but with decidedly distinctive architectural features.

It wouldn’t be a resort area without stunning beaches and the Estoril Coast has those in spades. In Casçais, the centrally-located Praia da Rainha is surrounded by small cliffs and a marina overlooking sparkling-blue green waters. To me, this felt more like a family beach but upon further exploration, I did find some ‘private spots’ for sun-worship. Praia do Guincho was also featured in the Bond film and is arguably the most popular beach in the vicinity (about 5km from Casçais) thanks to its strong winds and waves making it the perfect place for wind, kite and traditional surfing.
Nature lovers will appreciate a visit to Boca do Inferno (Hell’s Mouth), a spectacular chasm located within the seaside cliffs. Another standout closer to Sintra is Cabo do Roca. Considered the westernmost point of continental Europe, it represents Nature at its dramatic best: granite boulders, cliffs, sand beaches and the sea all working together to form a stunning visual experience.
In Estoril, Praia de Tamariz is the largest beach on the entire coast. Though pleasant enough with a historic medieval castle in the foreground, it is not the most scenic beach. It does, however, offer more dining options than its more distinctive counterparts, so it all really depends on your particular needs.

Of Fish and Swine

As a tourist destination, the Estoril Coast offers many different international cuisines. But with fresh fish aplenty and centuries-old recipes available, why would you want to eat anything but Portuguese fare? Venture towards the more residential part of town and select eateries that locals frequent. Fish and seafood specialties include bacalhau (salted-cod), sea-bass and octopus rice. Meat lovers can indulge in regional pork dishes such as Leitão de Negrais.
I personally enjoyed Cataplana, a delicious seafood ‘stew’ that is made in copper cookware resembling two clam shells. I discovered it after asking my dinner companion to recommend something ‘typical’. In true Portuguese fashion, she suggested this Algarve Region (further south) favorite despite being from Casçais herself. “Can’t you recommend something from around here?” I asked, “Sure, but I wanted you to try one of the most ‘typical’ seafood dishes from my country”.  And of course the meal was paired with Vinho Verde, the refreshing white wine from the (northern) Douro wine region despite a nice selection of local wines.
Now dessert was a different story.
We tasted a few local treats; Travesseiros de Sintra (pastries), Queijadas de Sintra (cheese tarts) and Areias de Cascais (cinnamon balls) followed by some tasty port wine (from Porto).
With mild temperatures year round, the Estoril Coast can be visited at your leisure. To avoid the crowds though, come between March and early June. But come you must because any area that offers so much natural beauty, culture and history without the usual pretense will not remain an under-discovered gem for long.
-Contributed by Jessica Benavides Canepa
By Blogsdna
Estoril, Portugal, Portugal day trips, Portugal sightseeing, Portugal things to do
Publicada por Vitor Pissarro à(s) 02:45 Sem comentários: 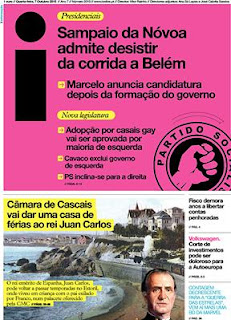 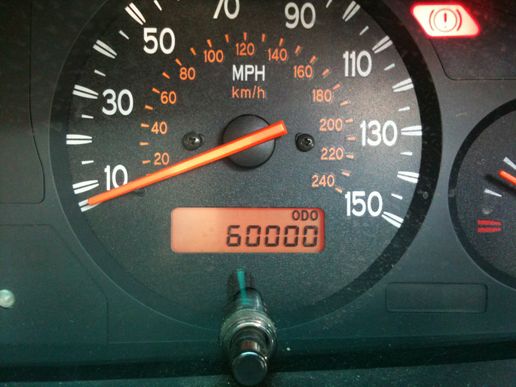